Yes, I’m still existing.
Beyond the consecrated hallway
Through the long corridor
Past the sacred candlestick
Inside the naked room
With Black Grapes.
Who lies stretched out
In a corner drunk
from his own thoughts
Which ARE, beyond repair.
Lying central in the room
My aching head held taut,
fighting paranoiac visions
screaming to be released.
They have locked us away
Because we don’t know enough
Of what they know
And we know too much
About what they don’t know.
And what they don’t know
No-one else should know.
The naked wall and Black Grapes
Are my only friends.
One speaks and one can be spoken to,
One answers and one doesn’t,
I cannot be sure in this room
Which is which. 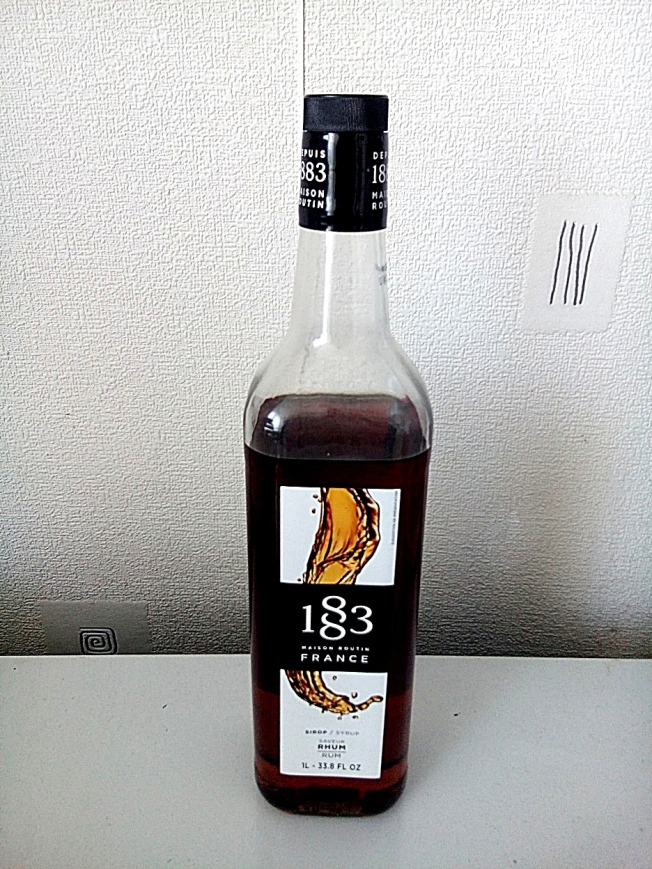 As I enjoy the taste of rum but don’t drink alcohol anymore I purchased alcohol free Routin 1883 rum syrup which is advertised as ‘characterised by the taste of rum.’ For me it tasted nothing like rum at all, more a mixture of dark treacle and cheap cola. I tried adding it to various fizzy and non fizzy drinks with the result that I felt it make their taste was lessened.  I also tried it with a variety of hot drinks as the advert had suggested, such as tea, coffee, chocolate, not hot milk though, as it’s not a favourite of mine. Basically, by adding this product to the drinks it made them sweeter; as to how sweet depends on how much is added.  Though I think there are cheaper and more appropriate products that can be used in this manner.  Rather than waste it, I’ll use in some cooking.

After isolating for another 2 weeks, it was time to collect my prescription again and take a stroll in the sunshine. I had already planned where I wanted to visit – Richardson Dees Park, Wallsend. Even though it’s only about a 10 minute walk from my abode, I haven’t been there for 30 years. I did take an A to Z with me as I wasn’t sure exactly where it was. When I eventually arrived, what a pleasant surprise. It was lovely to see lots of flowers in bloom around the Abortetum area. I sauntered down the slop and slowly wandered along the Burn which runs through the Dene, viewing ducks, duckling , a few different species of birds and squirrels. I even got a short guided tour by one of the regular local visitors to the park – yes we kept are distance. Overall, a really enjoyable walk. 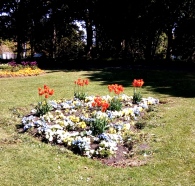 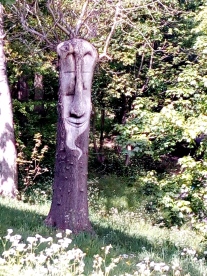 Through the door of time,
Eternity.
Where mortal feet can
never tread.
Though they come to
try the door,
to find a key
to fit the lock.
But when they do,
It always slips
out of reach,
out of time.
Spinning,
Reeling,
They follow it down
a chasm,
Beyond time itself.
Dancing upon the
highest shelf.
It winks and
leads you further on.
Until you and it
are one.
Your ego dies and
You are free,
To live in
the house of
eternity. 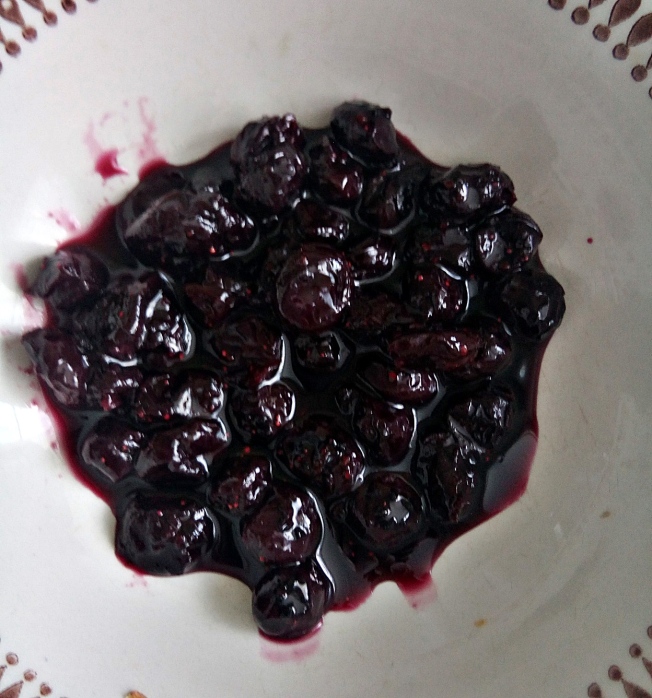 Had a few spare blueberries (190g) so instead of making blueberry muffins I thought I’d try to make a compote. I’ve made others with different ingredients but not with these, also the recipe called for icing sugar rather than normal stuff. So popped them in the pan with a couple of tablespoons of the icing sugar plus a teaspoon of lemon juice. Boiled that lot for 10 minutes and then let it cool. Had some later with some cream. Lush! 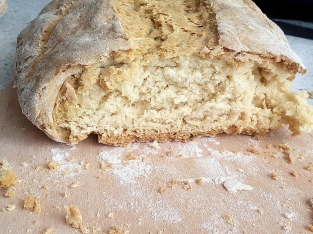 Rather than traipsing to the local shop just for a loaf of bread and break my isolation, I had the bright idea to bake one myself as I knew I had all the ingredients. So, I started by activating the yeast. Well, nowt happened. ‘Maybe the water and sugar mix wasn’t warm enough.’ I thought. So, tried again. Nope, same thing occurred even I know the mix was definitely warmer this time.  I even put it in the microwave to make even hotter, but the yeast just lay there. That’s when I thought maybe there was something wrong with it. So. I looked at the expiry date … er… 5 years out of date! As I’m not one to give up I searched online for a recipe without yeast (but baking powder) and followed that, ending with a pleasing result. I’ve tried the homemade bread covered with various jams and dipped in stew. Canny!

I saw these Beanies flavoured coffees advertised and thought it would make an alternative to my usual tea. So, I chose flavours which I already knew I enjoyed; Vanilla, Chocolate, Caramel, Cinder Toffee and Irish Cream. When I opened them and sniffed their aromas, my tasted buds quipped, ‘Ah.. Bisto!.’ Thus I was really looking forward to tasting these drinks. The first to be tasted was ‘Chocolate’; nope, it didn’t taste anything like it. Maybe this was a fluke. In other meal times I tried the rest. Not one of them tasted as stated on the label. In fact, they all tasted the same – very bitter. It’s hard to say which was the worse as they were all revolting. I even searched online for advice to try remove the bitterness which resulted in a suggestion of adding a pinch of salt – which did slightly dull the taste somewhat. I’ve tried them as weak, strong, with and without milk and/or sugar, the vile taste remained. My view of these coffees are; don’t waste your money, they’re vile! 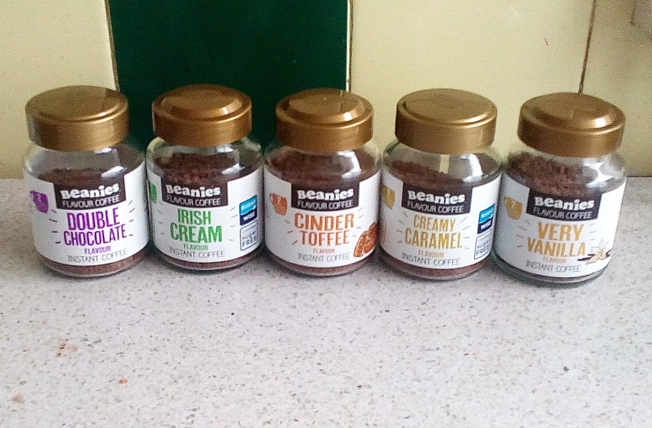